Artplacc in Tihany | A Show by Nominees for the Leopold Bloom Art Prize | A Look at the Air-Shaft. Videos from Eastern Europe | Still-Lives with Bottles from E100 to E199 – A Show by Gruppo...

Artplacc in Tihany | A Show by Nominees for the Leopold Bloom Art Prize | A Look at the Air-Shaft. Videos from Eastern Europe | Still-Lives with Bottles from E100 to E199 – A Show by Gruppo Tökmag

We all know how important artists and art dealers can be in the life of a fashionable resort. A new initiative (Artplacc) has put this recognition to the test on the shores of Lake Balaton.
Initiating the venture was Ákos Peleskey, head of the Budapest-based MONO Gallery. A frequent visitor to Tihany, he had found it strange that the superb resort played only a meagre role in the region’s cultural life. He had also found that his busy Budapest friends who could hardly find the time to attend his opening nights in Budapest kept asking him, once in Tihany, to recommend worthwhile pastimes for them. Also, he had realised that even important contemporary artists had too few chances for presenting their work to the public. It was from all these experiences of his that he eventually came to launch a major summer sale of contemporary art within the perimeters of the summer resort.

The initial idea turned into reality in the spell of just a few weeks proving that really good ideas require very little time and money to materialise. He and his fellow-organisers could raise the necessary HUF 2,8m from Tihany’s municipality, ERSTE Private Banking, Porsche Hungaria and the Tihany Development Fund in a matter of days. What was also needed was, of course, the enthusiasm of fellow leading gallery-owners asked to participate by Peleskey. They were persuaded not only to recognise the quality of the initiative, but also to undertake relinquishing part of their summer holiday by saying yes to a working week in Tihany.
Chosen for the main venue was a spacious car-park used for flea-markets during most weekends. The tent covering some 5 400 square feet is an excellent receptacle for the art exhibited. Since only quality galleries were participating, no previous selection of the artwork was needed.
In his brief opening address Peleskey said the venture was in its first year which not only meant that it should create a tradition as years go by, but also that it was only a quickly executed first try which, God willing, could easily grow over the years into a more large-scale network of events covering more of the territory of the resort.
The feasibility of the idea was borne out by the many visitors present at the opening.
Some participating galleries offered one-man shows while some others tried to present a cross-section of all the artists they represented. There was no comparison with professional art fairs since the tent offered little scope for hi-tech gimmicks. There was the odd installation or video but the bulk of the artwork was simply fixed on exhibition stands placed along the walls of the tent.

Most galleries introduced their younger generation of artists. However, the presence of some older artists like Tamás Szikora or István Regős did keeep the age balance from tilting too much. Some galleries made a point of presenting those of their artists (e.g. Ágnes Verebics, Ábel Péterfy or Judit Navratil) who were natives or residents of the wider geographical area around Tihany.
What most exhibiting galleries expected from the event were not so much actual sales as, mainly, getting some new attention from art-lovers both for their firms and the artists they represented. So much so, that some exhibitors attached no prices at all to their artwork; not that they were too embarrassed to quote prices when asked to do so. Some other exhibitors named their prices in euros as well, rightly expecting foreign visitors to the event.
By the end of the opening night several pieces were agreed to be sold as shown by the little red dots pasted on the notice cards next to them. It was obvious, however, that the future viability of the venture depended on the success of the next few days. Fortunately, the next few days did vouch for the venture’s future viability. Some 3 000 visitors turned up, most of whom had never set foot in any of the exhibiting Budapest galleries. There were many enquiries about artists, and new name after new name was added to the galleries’ mailing lists. Quite a few foreign visitors came, too, some of whom proved to be gallery owners in a foreign country interested in keeping in touch with their Budapest counterparts.

A Show by Nominees for the Leopold Bloom Art Prize
20 August – 4 September
Municipal Gallery – Kiscelli Museum
Sponsored by the Irish Maurice Ward Group, the Leopold Bloom Art Prize got its name from the Hungarian-born main character of James Joyce’s Ulysses. Leopold Bloom can be interpreted as a symbol of not just paradigm-breaking art, but also international travel, and Irish-Hungarian relations. Artists nominated for the prize (Zsombor Barakonyi, Róbert Batykó, Csaba Kis Róka, Attila Szűcs, Agnes von Uray and Júlia Vécsei) offer an extremely versatile show of their work. The awarding ceremony of the prize will take place on 3 September.

A Look at the Air-Shaft. Videos from Eastern Europe
18 August – 6 November
MODEM – Modern and Contemporary Arts Centre
Whether drastic or fleeting, standing in the focus of the videos are social phenomena arising from the transitory character of the political transformation of Eastern Europe. Although the psychological impact of the transformation varies from country to country, all of the videos look for answers to the many issues raised by identity change throughout the region.

Still-Lives with Bottles from E100 to E199 – A Show by Gruppo Tökmag
17 August – 15 September dud
Holdudvar Gallery – Casino, Margaret Island
Tamás Kovács Budha and András Tábori have placed artificial colourants in the focus of their show. Most of the pulverised synthetic colourants that can be easily diluted in water have poetic names like Allura Red, Scarlet, Sunset Yellow, Fast Yellow, Brillant Blue, Green Soul, etc. (Most have been banned in many European countries.) One can meet those glaring colours inside bottles of soft drink much loved by kids. No wonder that the two artists acquired their best bottles in school cafeterias. 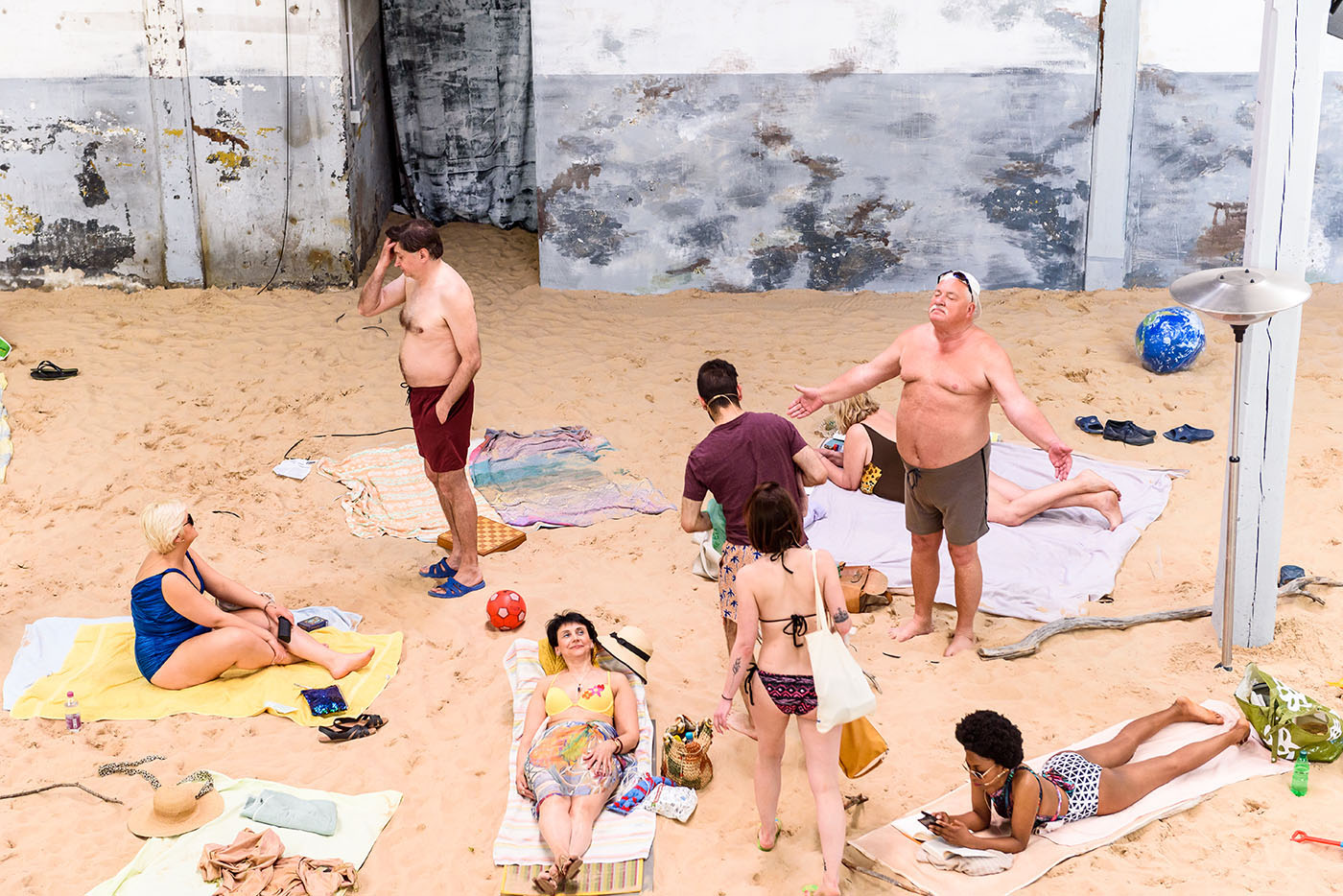