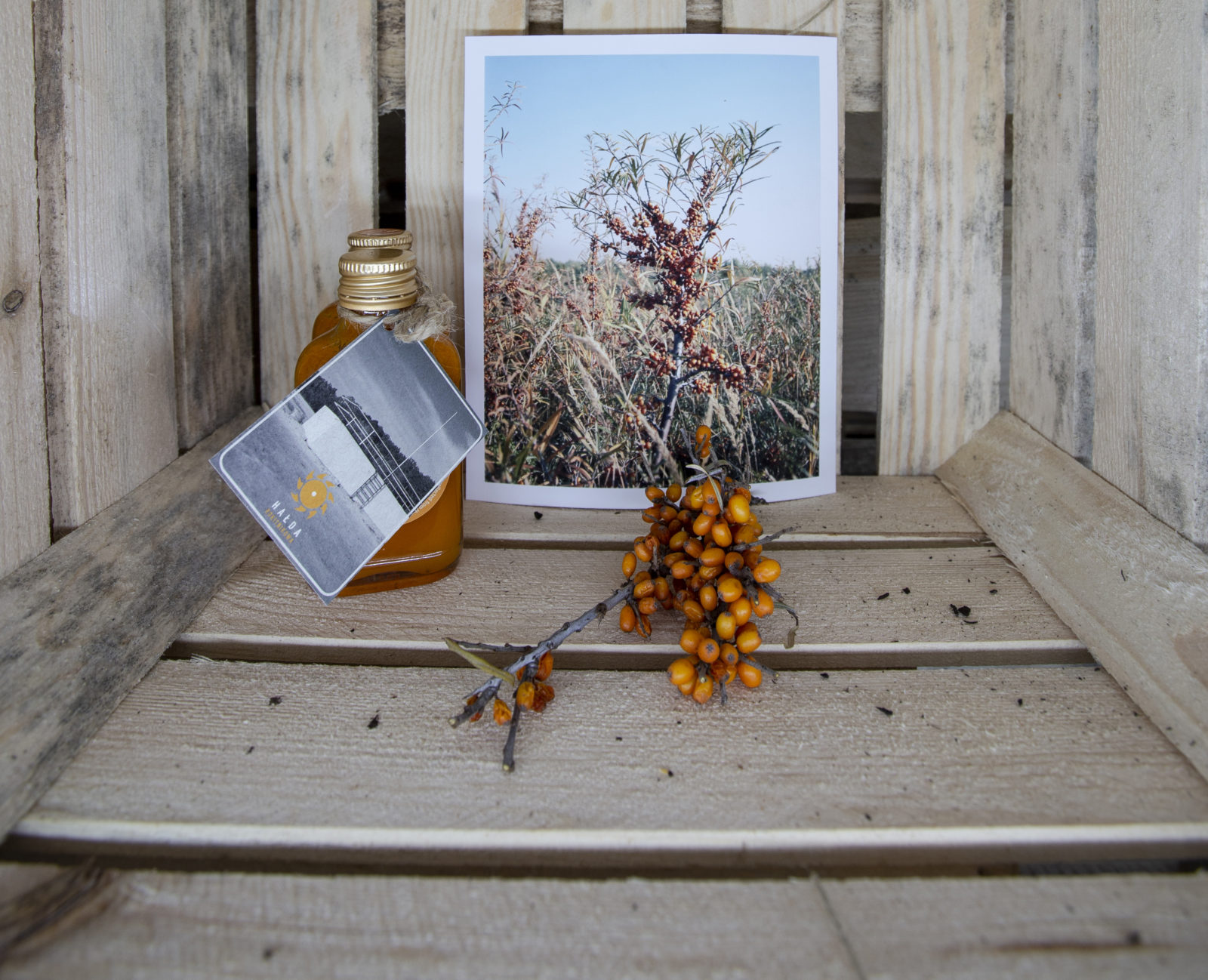 antropocén East Art Mags The Most Beautiful Catastrophe
A small contemporary gallery raised very important questions in its current exhibition next to Katowice, Poland, where the UN Climate Summit (COP24) was taking place at the same time. Questions like: if everything goes on the same way, we will all die. But the good news is: things don’t have to go on the same way.

There is only one place in Katowice where the sky is blue: in the ads running on the huge facade of the central railway station. No better venue could have been found for the now ended UN Climate Summit (COP24) than the city in Upper Silesia. Hence the problem is literally in the air here, and it is caused by the dust of the brown coal that is used for heating in the region. This region is a laboratory for pollution, public health problems arising from pollution and emission of harmful substances indirectly contributing to the climate change.

The region inherited a situation resembling the 80ies in the German Ruhr valley. The huge territory, a metropolis forming from twinning cities originally dependent on ’old’ economic activities lost its previous role, and it is a must to bring in new technologies, different industries, forming different economic structures and with that, change the lives of the people.

Furthermore, within that, the town of Bytom, located only 6 bus stops from the centre of Katowice has been going through an even harder patch. While the big brother, Katowice, is a dynamic, developing, transforming city, and the neighbouring Gliwice is considered to be the nest of civil welfare, Bytom, the capital of brown coal mining, has inherited a desperate situation.

Most of the mines were closed down; many people lost their jobs, and while people cling to the mining culture and way of life, their health literally suffer from it: Poland ranks ninth in the number of lung cancer as cause of death in the row. And the town will suffer, too: the state of uninhabited houses in unpopulated streets will deteriorate, and those buildings still inhabited are in danger, too, as many of them can be fatal to live in due to the soil structure problems caused by the mining activities.

Yet the city centre of Bytom is beautiful. Indeed. The German influence, the secession, the era of large scale industry has left an exciting and ambitious architecture behind; it is a town that has a liveable proportion and urban structure. It is hard for visitors to understand how it can happen that something works several bus stops away (your phones can be charged through USB adapters on the packed buses as an example), and here doesn’t. It is true that Katowice is not the land of promises, too, those arriving in the city will immediately suffer from headache caused by the air pollution; but Bytom is really laid back in time. Social fall down, tensions, loitering teens – whose predominant asylum is in fact is Kronika Galeria in Bytom. The contemporary gallery, which of course eternally fights for its survival with the local government, is one of the most important venues for culture in the town. And on top, it has a very progressive program selection, too.

The exhibition showing a selection from the artworks of Visegrad countries dealing with ecology opened here. Its title is: The Most Beautiful Catastrophe. It is not only a selection, but also a direct reaction to COP24 and the state of the region. As project partners, Artportal / East Art Mags has published several articles about Central-Eastern European art dealing with environment, sustainability and anthropocene, so we would not go on with repeating ourselves now. What is more interesting in this case is what the exhibition curator, Jakub Gawkowski, student of CEU in Budapest thought and put together: the exhibition shows a very definite direction from local to global scale, and it is much more than a sheer state report. It is an active search for alternative visions of the future, both on a local and global scale, in order to prevent an environmental catastrophe.

Upon our arrival, on December 7, artists, activists and the audience were in a discussion in the exhibition area as part of the workshop Strategies for the Environmental Movement, facing two mounted policemen in Vladimir Turner’s video (Nothing Left Behind), made in the Czech Climate Camp, and the statue of Karolina Brzuzan (SOFI’16, 2018), which is in fact a spatial data visualization: it shows the percentage of hunger in Europe and Africa in the form of a peculiar constructivist object composition.

Activists and artist were present on the next day’s Climate March, too, where, in the midst of an enormous police contingency, on a very peaceful, still loud demonstration, they urged what is mostly feared in Bytom: the immediate shut down of coal power plants and the complete termination of coal mining. And this is what makes the situation a real paradox: both demonstrators and participants of COP24 agree about their requirements, however, there is no other alternative for the local public, and the Polish government talks about the revival of the brown coal industry, too.

Accounting with the losses is a very important line of the exhibition: film (Sycylia) made by Barbara Sass in 1957, the genre of which now perhaps would be defined as docu-fiction, uncovers the social and public status of the mining region with a striking openness taking into account the state of publicity of that time. Title ’Sycylia’ is obviously a metaphor, and in fact this metaphor widens the comprehension of the artwork from the pure subject, as it discusses local problems within a wider context, and also refers to Europe’s poverty stricken and vulnerable workers. Sara Czyż’ work presents personal risks in a brutal way: the artist’s grandmother died of lung cancer; as a remembrance of her grandmother she made of block of dust, the weight of which equalled the dust that the elderly woman breathed in during her lifetime. The lung radiogram is installed on the object; in fact it was the last photo of the elderly woman.

On the second floor of the exhibition the changed eco-systems, nature (or rather the world) transformed by the human intervention are the main topic. The APART Collective, one of the realizers of the exhibition, who installed an enormous flag with caption ’Xenophilia’ on the facade of the building giving place to Kronika, presents the world of Slovakian mine lakes in its film and installation (Collapse Under The Stars, 2018, Untitled, from series Continuously Growing Horizontal Underground Stems, 2017, The Most Beautiful Catastrophe, 2018.). The mining lake is a metaphor here, too, when compared to the narratives about modern industrial societies: utopias sink, as well as the once celebrated industrial cultures and our lifestyles. What is left behind is meditation about the reconsideration of our existence; escape and the repeated search for the nature.

Diana Lelonek, who was a real discovery for me, puts together a witty, clever and at the same time dramatic work: she founds ’Centre For Living Things’, a research project, that exposes objects that have become one with the nature. A thrown away shoe overgrown with the plants has gained a new life in this new environment.

Michal Kindernay’s video’s (Transformation, Vapours, Melanosis, 2017) protagonist is the polluted, vulnerable, ’zombie’ water. Pavel Sterec and sociologist Tereza Stöckelová’s video talks about the connection between parasites and living hosts found in living organisms (Vital Syndicates, 2016, video, 35’00”). Whether the system is the opposition of the system itself? Conflicts that have to live together? Xenophilia vs. xenophobia? Every association is relevant.

Indeed ’The Most Beautiful Catastrophe’ moves away from a sheer state report, it shifts from bringing up problems towards finding solutions. Its alternative models are interesting, because it is already not enough if we change our personal attitudes; ride our bicycles more often or don’t use plastic bags, as the economy itself, or as philosopher Ewa Bynczik states in one of the texts related to the exhibition, the ’fossil capitalism’ has to be replaced by alternative models, which at present time seems as an illusion, regardless of all precious efforts made at COP24.

Hungarian Kaszás Tamás’s work is about personal alternatives, with the well known bulletin board and ’agit’ aesthetics (Sci-Fi Agit Prop Bulletin Board, 2009-2018). He is not mourning the past in this post-apocalyptic state but offers possibilities for survival: how it is possible to populate an area with trees, how it is possible to switch to sustainable production methods.

And, one of the best pieces of the exhibition: Diana Lelonek presents a nice and working example for alternative methods of operation, by realization of a working model in the aboveground parts of mine fields of the Polish Konin (Seaberry Slagheap, 2018). Only few plants can survive in the destroyed soil and overburden dumps – Lelonek was experimenting with one of the most resistant species, the seaberry. She built a real brand on it: the berries can be used in smoothies, sodas, in different products, that can be purchased in the reality, too; in Katowice, for example, it was sold after the demonstration in the stand of the local municipality. Presentation of the seaberry is a strong statement: it is how it is, we should deal with it. In a certain sense the simple ’survival aesthetics’ of the seaberry concentrates the mental and physical energies of a restart after a catastrophe; the activist project is presented in the exhibition space in the for of an installation from boxes, palettes and screens.

How the berry of the seaberry confronts decision-makers is another question, as well as the bindings to fulfil the agreement made on COP24, namely that the rise of the average temperature will be kept below 2 degrees Celsius. Title ’Strawberry Statement’ originates from the title of James Simon Kunen’s novel; however, many can remember the cheesy American film about the radical student protests of the sixties. It refers to the story when during the radical student movements of 1968 the Dean of New York Columbia University said that to him the students’ expression of opinion is like talking about whether they like strawberry or not. Well, we all know that politics pays more or less the same amount of attention on arts and cares this much about artists’ opinion. But we can surely state that politics is not doing the right thing. It is a commonplace; still, has to be repeated again and again: the visual arts’ way of thinking, its approaches, subversive logics, visuals and language can really help to solve problems. Even at global level.

The project is co-financed by the Governments of Czechia, Hungary, Poland and Slovakia through Visegrad Grants from International Visegrad Fund. The mission of the fund is to advance ideas for sustainable regional cooperation in Central Europe.