A Furcoat Is a Furcoat Even When Turned Inside Out – Gyula Várnai | Around Tüke (= Pécs) in Transdanubia – The Approaches Folder: KME 1995-2010 – A Show by Anna Maria Karczmarska, Anna Fabricius, Zsolt Keserue, Maximilian Erbacher, Ilona Németh, Klára Orosz, and Stephanie Dinkins | The Ocean Is Not Wireless – A Show by Edgar Leciejewski, Federico Maddalozzo | A Show by Tamás Galambos, Painter | English Language Poetry Reading

The song was once performed by comedian Géza Hofi slyly referring to ever present match-rigging (called ’bunda’, the name of a furcoat) in Hungarian football. Instead of making a bland statement, he used the interrogative intonation making his audience roar with laughter.. He certainly knew his way about; something that can be said with equal right of  Gyula Várnai and his exhibit in acb Gallery, an exhibit  named ’Systema Naturae’.

This being the title of the 1735 magnum opus of Swedish doctor and botanist Carolus Linnaeus (Carl von Linné), it is clear that Várnai, like Linné before him, is making a courageous attempt at the cognition, registration, and classification of natural phenomena.
Standing in the centre of the show is Várnai’s installation, also called ’Systema Naturae’, employing a screen made up of 830 matchboxes, each bearing holes in the appropriate places, a screen not only reflecting the spectacle of a handsome cloudy sky changing and evolving  true to nature, but also transmitting through those tiny holes a stylised pictogram of the cloudy spectacle upon the wall behind the screen.
The matchboxes of various sizes make up a system of sorts, a kind of grid  or scale paper which helps insert the spectacle into a formal system, more precisely, into two systems at once. The primary spectacle can be studied in the matchboxes open towards the spectators. They contain the intangible atmospheric phenomena in ways in which their movements and changes can be better observed. The secondary spectacle, an interplay of light and shade upon the wall behind the screen, is extremely poor in information; it is merely a stylised form which, however, is quite capable to evoke the contents behind the signals even if with substantial losses.
Observation lies at the foundation of this work, but then, by fixing the spectacle, Várnai puts the act of registration itself on show. As to systemisation, it has a double meaning in this particular work. First, the boxes contain the spectacle without constraining, i.e. pigeon-holing it, and second, the dots of light on the wall make up a reduced picture of the phenomenon observed, telling us meanwhile that while the experience itself cannot be transmitted, it can be conveyed as a collective piece of information.
The ’Spaces Turned Inside Out’ series stresses the recording function of photography. Body-parts, starry night skies, footprints in the snow etc. appear within grids or pasted upon spatial curvatures. Not that the photographs are unequivocal; by definition they tend to demonstrate not exactly the same thing as what they represent. Várnai has placed ever so many little traps for perception, vision, and observation. Also, he has transformed simple clear-cut spectacles into illusory ones through his insertion of spatial forms into the process of interpretation: a process to which he supplies no immediate key.

In the third unit of Várnai’s exhibit we find a well-lit black-and-white trilogy consisting of the Library of Babel, the Apples, and the Sundial installations. By all means, what we experience are phenomena as observed by Várnai. He is the narrator, too, who holds up the vacant quality of those phenomena proving as it were that they have no independent, self-contained existence in themselves. Floating above the apple-basket, for example, is an illusory image of a crystal structure, an illustration taken from a science book.
Várnai, in sum, is busy observing and systematising the world around him, something others, too, are busy doing, but he also turns space inside out, and he also re-assesses scientific attitudes inherent in Modernism. Observations made about the world, and offprints thereof are called into question in his works. Experiencing this relativism forces the spectator, too, to re-arrange his/her  own slices of knowledge about the world.
acb Gallery
27 January – 24 February

Around Tüke (= Pécs) in Transdanubia – The Approaches Folder: KME 1995-2010 – A Show by Anna Maria Karczmarska, Anna Fabricius, Zsolt Keserue, Maximilian Erbacher, Ilona Németh, Klára Orosz, and Stephanie Dinkins
11 February – 11 March
Public Foundation for Modern Art – Contemporary Arts Institute – Dunaújváros
Pécs’s Approaches Art Association (KME) had become a decisive factor in contemporary arts outside the capital in a mere 15 years. The show is basically a documentation of its activities and achievements with some of its major projects like Basic Noise, MediaFactory, Teporary City, In Between in the foreground. While the word ’Tüke’ is an ironic reference to Pécs’s still extant, narrow-minded localism, the activities of the Association themselves are a living refutation of the  centre-periphery divide.

The Ocean Is Not Wireless – A Show by Edgar Leciejewski, Federico Maddalozzo
11 February – 6 March
Lumen Gallery
Photographer Edgar Leciejewski who lives and works in Lepzig is into the scientific and social uses of photography. His stance is both experimental and analytic; beyond reflecting on his own self, he also deals with the concepts of seriality and the rhetoric of composition. Federico Maddalozzo who lives and works in Berlin investigates a relatively precise system capable of coding any number of pictures. His vision is that of a grand visual archive, i.e. a formal structure whose social meanings can be an effective tool in communication.

A Show by Tamás Galambos, Painter
10 February – 5 March
Zsófi Faur – Ráday Gallery
Maestro Tamás Galambos presents a generous portion of his extremely versatile and varied oeuvre at the new venue of Zsófi Faur’s gallery. In his canvasses his decorative, stylised background motifs are offset by the sour irony of multitudes of his puppet-like figures. His motifs are often common-place, but their richness springs from the fact that he can place them into ever so many new, surprising contexts. It is his artistic determination to create order in the theatrical chaos brought on by his multifarious protagonists. 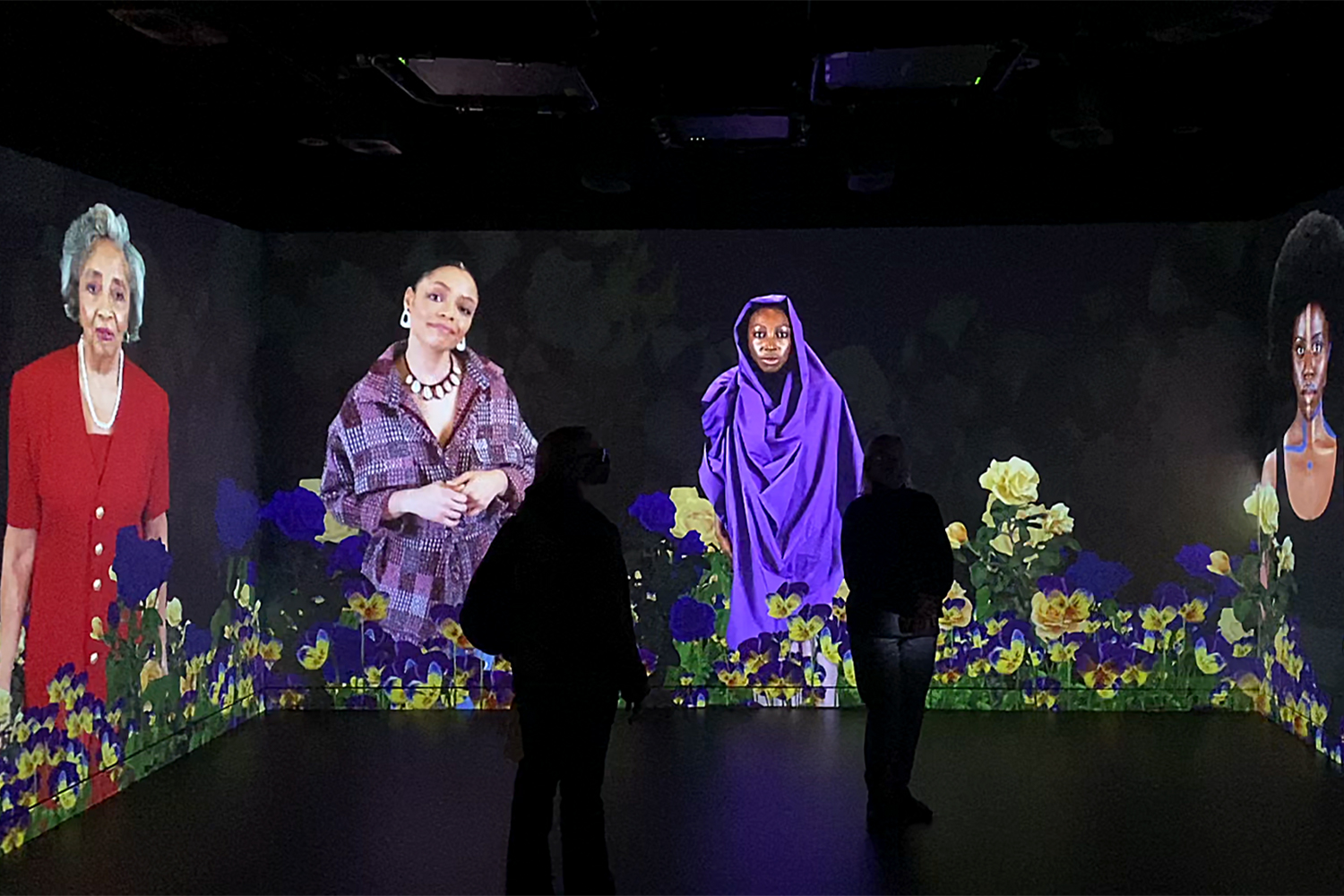